There’s no shortage of cliché-ridden ideas about England: From double-decker buses, thatched cottages and country houses, village pubs and cream teas, eccentric aristocrats and cold, grey and rainy weather. Visitors however will find that it doesn’t rain as much as they had heard, that Indian restaurants far outnumber fish-and-chip shops and that there are a surprising amount of great tourist attractions in England packed into a relatively small area. 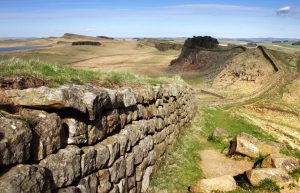 Hadrian’s Wall was built by the Romans to protect their colony Britannia from the tribes in Scotland. It stretches for 117 kilometers (73 miles) across the north of England from the Irish Sea to the North Sea. Construction started in 122 AD following a visit by Roman Emperor Hadrian, and was largely completed within six years. Today only stretches of this famous wall are still visible. There is a national path that follows the whole length of the wall from Wallsend to Bowness-on-Solway. 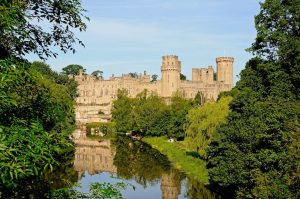 Originally a wooden structure built by William the Conqueror in 1068, Warwick Castle was rebuilt in stone in the 12th century. During the Hundred Years War, the facade opposite the town was refortified, resulting in one of the most recognizable examples of 14th century military architecture. In 2001, Warwick Castle was named one of Britain’s “Top 10 historic houses and monuments” and is one of the top attractions in England.

Located in north west England in the county of Cumbria, the Lake District is the largest National Park in the country. The main attraction is the lakes and fells (mountains and hills) carved by glacial erosion and providing dramatic and inspiring scenery. It is England’s premier destination for hiking and climbing. The park is visited by about 14 million national and international tourists each year. 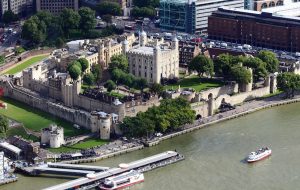 Now home to the British Crown Jewels, the Tower of London served as a prison from 1100 to the mid twentieth century. The castle was founded in the winter of 1066 as part of the Norman Conquest of England and served as a royal residence before it became a prison. The Tower of London is reputedly the most haunted building in England. There have been tales of ghosts, including that of Anne Boleyn, inhabiting the tower. 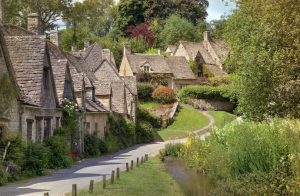 The Cotswolds refers to a range of gentle hills in south central England, the main range reaching 330 meters (1083 feet) in altitude at its highest point. The region is known for the stone-built villages, historical towns, and stately homes and gardens. The Cotswolds are a popular attraction in England, within easy striking distance of London and several other English urban centers. 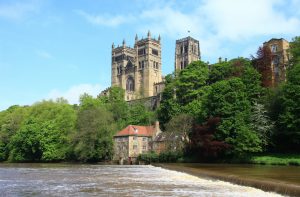 Durham Cathedral, in the city of Durham in northeast England is the greatest Norman building in England and perhaps even in Europe. It is cherished not only for its architecture but also for its incomparable setting. The foundation stone of Durham Cathedral was laid on August 12, 1093. Since that time, there have been major additions and reconstructions of some parts of the building, but the greater part of the structure remains true to the Norman design. In a nationwide BBC poll held in 2001 Durham Cathedral was voted England’s best-loved building. 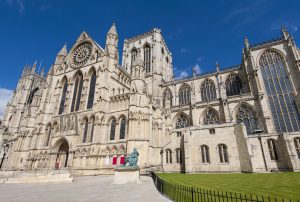 One of the largest Gothic cathedral in northern Europe (alongside Cologne Cathedral in Germany), York Minster dominates the skyline of the ancient city of York. York Minster incorporates all the major stages of Gothic architectural development in England. The present building was begun in about 1230 and completed in 1472. The “Great East Window” inside the cathedral is the largest expanse of medieval stained glass in the world. 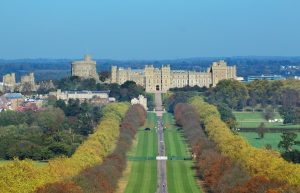 Located about an hour west of London, Windsor Castle is often called the largest and oldest inhabited castle in the world. It is one of the official residences of Queen Elizabeth II who spends many weekends of the year at the castle, using it for both state and private entertaining. The earliest surviving buildings at Windsor date from the reign of Henry II who came to the throne in 1154. Much of the castle, including the magnificent State Apartments and St Georges Chapel can be visited. 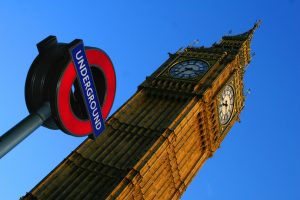 The 150 year old Big Ben Clock Tower is one of London’s top attractions. The name Big Ben actually refers not to the clock tower itself, but to the 13 ton bell housed within the tower and takes its name from the man who first ordered the bell, Sir Benjamin Hall. It is the 3th largest free-standing clock tower in the world. The clock has become a symbol of the England and London and has appeared in many films. In the movie Mars Attacks! for example the Big Ben is destroyed by a UFO attack. 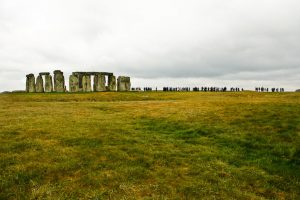 One of top tourist attractions in England, Stonehenge is among the most important prehistoric sites in the world. It was produced by a culture that left no written records so many aspects of Stonehenge remain subject to debate. Evidence indicate that the large stones were erected around 2500 BC. It is not known for certain what purpose Stonehenge served, but many scholars believe the monument was used as a ceremonial or religious center.